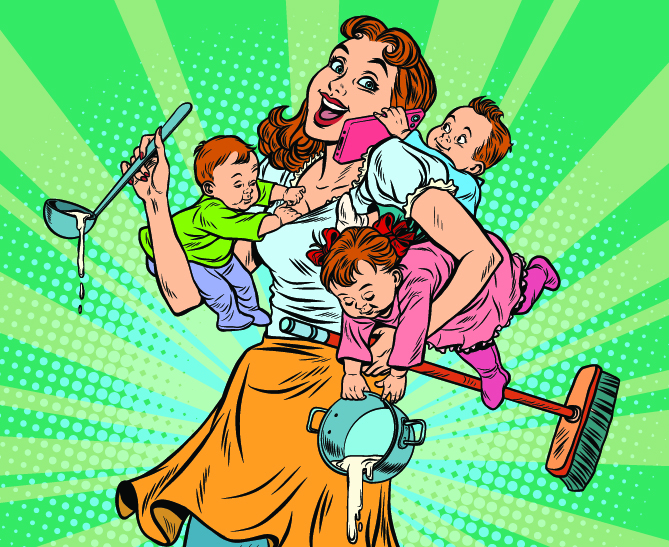 Not to be dramatic, but this is probably the most important post I will ever write. It is, in my humble opinion, the most toxic mentality that reveals America’s inherent sexism and classism. It is the main reason why I get frustrated. It is the thing I warn women about before they are even pregnant — when they are deciding whether or not they even want to be a mother.

Defining Our Terms
Mom propaganda. For weeks I’ve tired to think of a clever portmanteau, something catchy, something that rolls of the tongue. My sister suggested “momaganda,” but I just don’t feel like it has a great ring.  Regardless, let’s start with some definitions. The Media Education Lab has a great discussion of the idea of propaganda on their Mind Over Media site. I’ve adapted one definition that most directly applies to what I have experienced.

Mom Propaganda: a form of purposeful persuasion that attempts to influence the emotions, attitiudes, opinions, and actions related to motherhood for idealogical, political, or commercial purposes through the controlled transmission of one-sided messages (which may or may not be factual) via mass and direct media channels.

Mom Propaganda is the pervasive messaging in society about what it means to be a mom. What a mom looks like. How she acts. What is important to her. It appears to honor motherhood as an ideal, but in reality is more likely to create guilt, anxiety, and feelings of frustration. Mom Propaganda can be self-deprecating, but is often reliant on the fact that moms embody a special role in society that is raised to a level that is almost impossible to achieve in reality. I call it propaganda because it is done intentionally and with a purpose, most often as a way to sell products and to maintain the status quo.

As a high school English teacher, each year I do a unit on Media Literacy, and as tends to happen, it has been just as educational for me as it is for the students. In focusing my attention on the way society represents “motherhood,” primarily through the media (including social media), I was able to pin point some the frustrations I’ve felt as a mom (and a woman), but, until now, have never been able to figure out why. Part of what I teach them is that the answer starts with asking the right questions.

Mom Propaganda begins the moment you get pregnant…
Was it planned? Did you have access to birth control? Pre-natal care? Did you struggle to become pregnant? Did you use IVF? How much did that cost? How many miscarriages did you have? Did you tell anyone? Do you have a supportive partner? Are you straight? Are you keeping the baby? What pre-natal tests did you have? What did you do with those results? Are you hoping for a boy or a girl? What kind of birth plan do you have? Have you done your research? How are you feeling? Should you be eating that? Should you be drinking that? Are you going to take time off to stay home? Are you going to breastfeed?

The baby has not even come out yet and I’m fucking exhausted. Pregnancy, and motherhood, is everyone’s business. Everyone has an opinion, and society invites us too. We are bombarded with images in the media and on social media about what motherhood is supposed to look like, and what it’s not.

We are told mothers are put-together, but not high maintenance. Mothers are beautiful, and natural. Mothers are kind, loving, and nurturing. Mothers can be snarky, but then it’s hard to be genuine. Mothers should be grateful for healthy children. Mothers have their kids’ activities scheduled and organized. Being a mom is hard, but it’s worth it. Moms should just stop judging other moms. But also, do what best for your child. Don’t be selfish. Don’t be too crass. Don’t be ungrateful.

What kind of mom are you?

Are you an Instagram mom? A Pinterest mom? Are you a soccer mom? A dance mom? A tattooed mom? A PTA mom? A bad mom? A boy mom? A girl mom? A twins/multiples mom? A babywearing mom? A natural mom? A screen-free mom? A Lululemon mom? A frazzled mom? A tiger mom? A Jesus-loving mom? An alternative mom? A nerdy mom? A single mom? A crafty mom? A boozy mom? A cool mom?

FUCK. ALL. THIS. (I’m a sailor-mouth mom.) These people do not exist. There is no one who is wholly one of these and not the others. And yet, we are constantly forced to choose.  I know you had a caricature of a woman pop into your head with each of those examples. If not a caricature, then a real-life example. And that’s the problem. The fictional becomes reality. Life imitates art. We are encouraged to brand ourselves when society brands others, then pervades that vocabulary into the mainstream.

We are provided with extreme successes, which we might never be able to mimic, and extreme failures, which we fear and ostracize in order to avoid. As a result of the pressure put on mothers, the high expectations, and the oversimplification that the media loves, the reality of motherhood is lost among the unmarketable details and normalcies of day-to-day life. Real motherhood is mostly boring and repetitive, so we don’t hear about that or see it represented.

I felt so deceived after my son was born. No one warned me how hard everything was going to be. The daily grind of emotional, physical, and mental exhaustion. I don’t recall ever seeing it in movies, or hearing about it from friends or co-workers. Everything was alluded to, then sugar-coated, perhaps from fear. Fear of sounding ungrateful. Fear of being thought of as a bad mom.

A friend says, “Oh it’s tough, but it’s so worth it, you won’t even care.” She wants to say, “I cried every day. Sometimes for no reason. Sometimes for very good reasons. Other days were fine, and I put those on social media because I didn’t want anyone to worry or think I’m crazy.”

A co-worker tells me, “You’ll be so grateful to hold your perfect little baby, you won’t even remember labor.” What she means is, “Labor is an indescribable hell that makes you question every decision you have made up to that point. It is traumatizing in a way I never knew, and I think I might have PTSD and have tried to actively block out that experience as a result.”

An older relative says, “Just savor every little moment. You’ll miss even the bad days.” She wishes she could say, “There will be bad days. There will be bad moments in most days. Maybe every day. You will want to give your children to the circus. You will wish you never had them. You will resent them. That is okay. That is normal. You’re not terrible for thinking that. Usually those thoughts will pass. It’s okay if they do. It’s okay if they don’t. It’s okay to ask for help too.”

Speaking of fathers…
Why have I not been including fathers in all of this propaganda? Because they’re not included. Not really. In America, being a father is neither revered nor stigmatized in the same way as being a mother. A man becoming a father is less likely to affect him professionally, physically, or mentally. Does that mean it’s any less special or important? No! That’s the problem.

What was “The Problem” again?
The more we glamorize a certain kind of motherhood, stigmatize other kinds, and specialize fatherhood, the more everyone in the equation suffers.

Fathers parent too. And they only deserve a gold star as much as women do.

By encouraging the idea that the woman, not the man, is the primary caregiver, and that this role is the greatest that she can aspire to, we perpetuate systemic patriarchal sexism within American society. (I’m also a political mom.)

Women should not be encouraged to strive for motherhood as the be-all, end-all of their lives, especially when we do not have the systems in place to make healthy, safe, chosen motherhood a reality for everyone.

We should be encouraging men to take caregiving roles (personally and professionally), as much as we are encouraging women to take leadership roles outside the home. And we should encourage all caregivers to be honest, open, and real about their experiences.

Final Thoughts All of these things are no secret or surprise to any would-be mom who has asked me about my experiences. I try to not intentionally terrify women, but I do not sugar-coat what parenting has been like for me. My experience has not been all rainbows and butterflies, so I don’t hide the bad stuff. This has gotten me dubbed, “The Honest Friend.” Sometimes it makes me look like an asshole. And I’m okay with that. Because other times it reminds other women that they don’t have to be happy and grateful all the time. Maybe, when a friend who thinks she should be basking in baby glow really feels like crying into a pile of dirty laundry on the bathroom floor, maybe she’ll remember that I’ve done exactly that and feel less weird about it. Maybe she’ll remember my voice and not feel so alone. 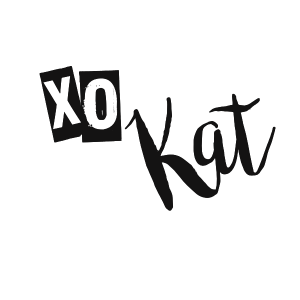